The New Image of a CEO… JAZZ!

Last week at a team retreat, we were asked to share our “image” of leadership (yes, an actual picture that could serve as an explanation of how you lead). We were given seven images to choose from…some chose a parachute, some a car. Others chose Starbucks or a light. And a few chose floss (you read that right – you’ll have to reach out to me if you want the explanation on that one : )
None of the pictures worked that well for me, because this is the image that always immediately comes to me when I think of leadership:

Why? Two quick stories before I explain… 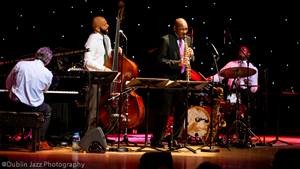 When I was in college, I had the opportunity to see Dizzy Gillespie perform (yes, the guy with the big cheeks). What was amazing (and a little surprising to me) was what I saw.

I guess I was expecting to see what was typical…the big name performer in the middle of the stage with everyone surrounding him. All of the focus on him. All of the applause for him.

What I actually saw was very different. He stood in the back sometimes, sometimes on the side. Sometimes he played, sometimes he watched. Everyone had the opportunity to do solos. Some went on for a while, some were short. Some went well, some didn’t. All got applause.

If they went too far off course, Dizzy would smile and then play a few notes to pull them back in. It was clear when they started, he didn’t really know exactly what they were going to do, but they both knew where they were collectively going.

And Dizzy was contributing (playing) in a meaningful way to the performance, not just telling others what to do. They were working hard, they were doing big and creative things and they were having fun.

They were creating in the moment. It was riveting. 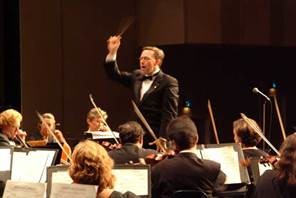 My senior year in college, I had enough credits to graduate early, but why would I want to do that, right? So, amongst a number of other ‘not-so-challenging’ endeavors, I took saxophone as an elective.

One night after practicing (just a little) at the Indiana University School of Music I walked past an open door. Inside of it was the IU Orchestra in the middle of a pretty intense practice.

The conductor was on a pedestal, high above everyone else. He looked great and brilliant. Everyone else had a sheet of music and was sitting, facing him and 150% focused on everything he said. He knew and they knew that there was only one way to play the song. Any variance from that plan and anything short of perfection was called out. There was no creative element…at all.

They all sought the approval of the conductor above all else, there was no internal or personal barometer. The plan (the song) either worked as designed or they had failed, regardless of the effort.

I admired their quest for perfection, but there was no joy in the room. No spark.

There was tension. It was scary. 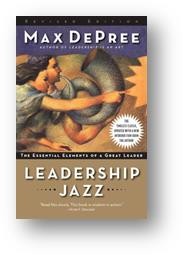 So a few years later, someone shared the book “Leadership Jazz” by Max DePree with me. Here’s how the book is described on the back cover:

Leadership in the workplace, says Max DePree, is like playing jazz; it’s more an art than a science. Today’s successful managers are attuned to the needs and ideas of their followers and even step aside at times to be followers themselves. As a result, they spark vitality and productivity from their work force. They cultivate communication and spontaneity, diversity and creativity, and the unique potential of every person in the organization to contribute to the success of the team.

To me, with the image in my mind of watching Dizzy Gillespie in motion vs. the leadership style of a conductor, the idea of Leadership Jazz really connected. Here’s what it meant to me:

It’s a different time now…and it’s time for all of us to shift from being conductors to jazz leaders.

The simple truth is that we have no choice. For me, as a leader of a growth company in a growth market, there isn’t a song sheet or a set of instructions to follow. I need to have different people with different talents who can create on their own and inspire others to grow…to play their instruments as well as they can. Not by playing it perfect, but by playing it better every day.

That’s the kind of environment I want. That’s what I aspire to deliver for my team as a leader. That’s the role of a CEO.

The secret sauce of the Cubs…ANALYTICS!!!

As a die hard Chicago White Sox fan, what I am about to share with you is painful. But as a lifelong (over the top) baseball fan and CEO of an analytics company, this is simply too amazing not to share.
A few months ago, Jed Hoyer, the General Manager of the Chicago Cubs, gave a brilliant presentation on the unique strategy the Cubs have deployed over the past five years to create a world-class organization and a World Series level team.

Uncertainty is often considered the bane of economic success. With uncertainty comes paralyses as economic players hold their cards tight, waiting for the chips to fall. Healthcare is no different. The paralysis prevents innovation, R&D, investment in capital—all of which hurt the patient.