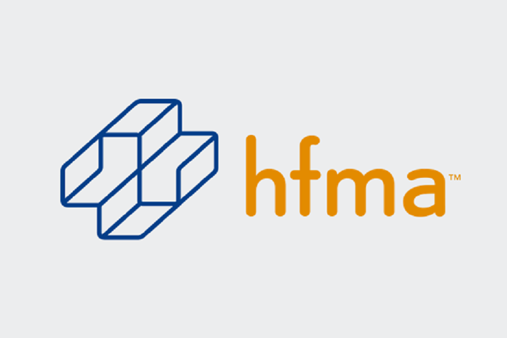 Many hospitals face the possibility of penalties for using a noncompliant approach to meet looming price transparency requirements, advocates and advisers say.

New requirements for each hospital to post payer-specific negotiated prices for all services and materials on their websites by Jan. 1, 2021, have led those organizations to scramble for responses to a regulation that many have found confusing and burdensome. The new requirements also are starting as many hospitals have suffered steep losses amid a historic pandemic and shed key staff needed to meet the mandate.

But that approach was described as noncompliant with the new rule by CMS officials during a Dec. 8 webcast with hospitals.

“Thus, even some hospitals that believed they were on track may find themselves subject to noncompliance penalties after the rule takes effect on January 1, 2021,” wrote the American Hospital Association in a Dec. 21 emergency motion filed with the U.S. Court of Appeals for the District of Columbia Circuit, seeking a halt to the transparency mandate.

The court has not ruled on the motion.

In response to CMS officials’ opposition to the rate-averaging approach, hospitals are working with their attorneys to devise a legal defense for its use, industry advisers say.

“They were using that as a proxy because they don’t have the systems nor do they have the staff in the middle of a pandemic, when people are being pulled in all different directions, to be able to produce this kind of information,” Liz Kirk, senior vice president of strategic services for Strata Decision Technology, said in an interview.

A more detailed approach would require using consultants that cost “hundreds of thousands” of dollars per hospital, even as many hospitals are in dire financial situations due to the pandemic, Kirk said. Those fees can dwarf the maximum one-year fine of $109,500 for noncompliance.

However, that calculation could change if CMS increases the penalty, which the final rule indicates could happen if hospitals appear not to be trying to comply, noted Randi Brantner, vice president of analytics for Healthcare Financial Resources, LLC.

Some larger hospitals also have opted for the averaging approach, in part over fears that releasing specific rates for each health plan will adversely affect future contract negotiations, advisers said. And that could undermine margins, which are less than 2% for two-thirds of hospitals, Kirk said.

Compliance challenges that have emerged

The rate breakouts are easier to determine when a hospital is paid based on case rates, said Katie Lynch, a service director for Strata. But individual service rates are harder to find when health plan payment is based on other factors, such as acuity, length of stay, charges or supply utilization.

“Using average payment in some situations may be the best methodology to use to most accurately provide the information on what patients will be charged,” Lynch said.

Greg Adams, executive vice president at Panacea, said his discussions with CMS officials soon after the requirements were finalized made clear that the averaging approach would not be compliant, so he urged clients to use a different methodology.

Although the transparency rule explicitly barred the use of averages, said Jeff Leibach, a partner at Guidehouse, averaging makes sense to determine an all-items-and-services rate when health plan payments are based on per diem, percentage of charge or DRGs.

“The reality is that there are an infinite number of combinations and permutations of reimbursement methods out there,” Leibach. “So, everybody is left to their own devices to figure out how to best meet their interpretation of CMS’s regs, FAQs and clarifications with the resources they have at their disposal.”

Averaging can allow hospital officials to obtain “as close to a negotiated rate for that item or service as [they] can, even if it’s part of a package price,” Leibach said.

Advisers said challenges hospitals have faced in meeting the requirement to post prices for each service include:

A big unknown for hospital leaders is how CMS will respond to hospital transparency efforts it deems noncompliant.

On Dec. 18, CMS issued a bulletin outlining enforcement plans for the transparency requirement, including reviews of complaints and analysis indicating noncompliance and audits of hospital websites.

When the agency concludes a hospital is noncompliant, it plans three successive steps:

Among the many unknowns is how long CMS will wait after requesting hospital actions before moving on to penalizing the hospital and publicizing the violation.

Hospital executives hope the agency will work with them on specific ways to achieve compliance before moving to penalties and public notice, advisers said.

Hospitals also hope the average-rate approach — or others that may be deemed noncompliant — at least would allow them to show CMS they were trying to comply, Leibach said.

“Most [hospital executives] that I’ve talked to are taking that good-faith approach, but they recognize that may fall short in this first year, and they are hoping CMS can be a collaborative and reasonable partner to work through any discrepancies that they might find in the short term,” Leibach said.

CMS’s efforts this year to address outstanding questions from hospitals about the requirement made Adams optimistic the agency will work with hospitals before handing down penalties.

“There will probably be some flexibility in terms of determining what 100% compliance really looks like,” Adams said.